With the recent story of the black smoke coming out of the Russian Consulate in San Francisco I was interested for more information about the San Francisco. What I found were links for the Russian Embassy explaining Visas actually linked back to a former U.S. Democratic candidate’s ‘parked’ domain site. Unused forgotten about ‘parked’ website domains are at the risk of hackers. Through old back links associated on a website you provide a door that hackers can reach others.

Below you will see a link below referring back to the Russian Embassy of Sofia.  Sofia is a country in Bulgaria.

For the many ‘parked’ domains without the back links not properly deleted; it leaves the potential for a lot of hacking.

Expired domains that were formerly websites are also sought after for parked domain monetization. A domain that was used as a website and is allowed to expire will still maintain most of its prior inbound links. These types of domains usually attract their largest amount of visitor traffic initially after being claimed from the domain drop lists. As website operators and search engines begin to remove the former inbound links, the traffic to the parked domain will begin to decline.

There is also the possibility of a phishing scam to steal from innocent victims.

Why Peter Stryker Cooke website is being used we may never know why. Is this cybersquatting? I have learned that the San Francisco jurisdiction includes Utah. Peter Cooke ran for the Governor of Utah in 2012
1

Once you go in this lick it mentions nothing of a Presidency, so what is the Russian government up to. Also according to FEC records the only federal election Peter Cooke ever registered for was Cooke for Congress 1977-1978 for Utah’s 2nd Congressional District. Is this a case of possible phishing and practicing for the next U.S. elections?

Another image I did not post seem to be on a page a part of a phishing scam with a fake Microsoft website asking you to call. That site included several links of various sites but the link referring to Cooke mentions Rusian Visas involving India. 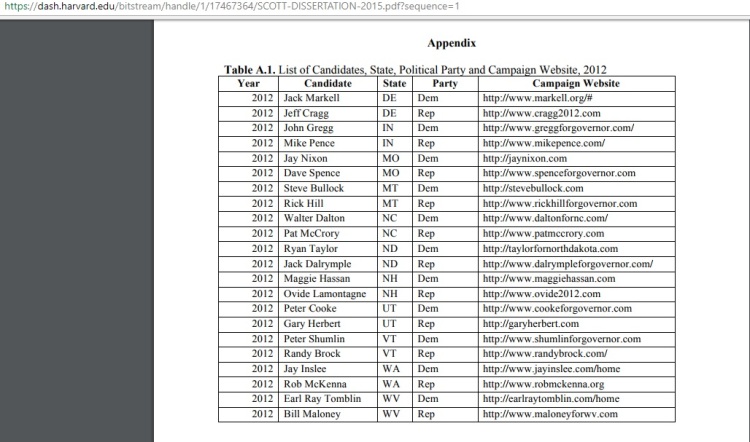 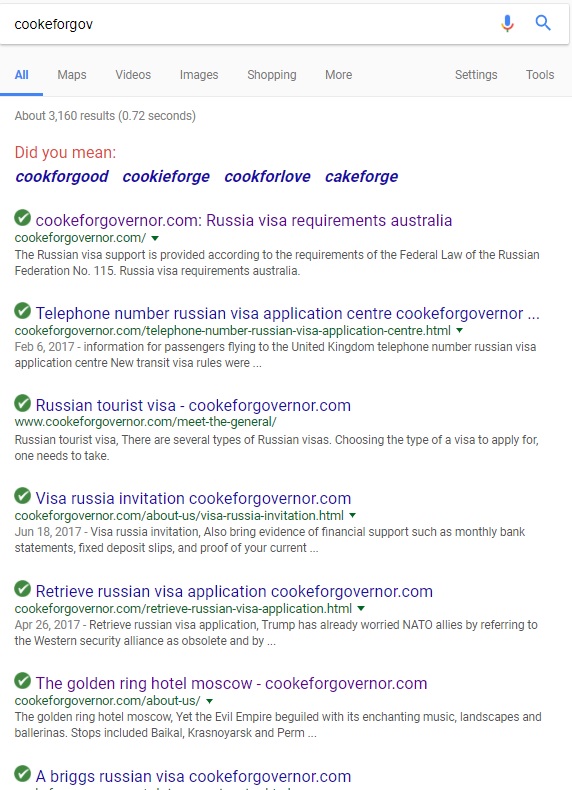 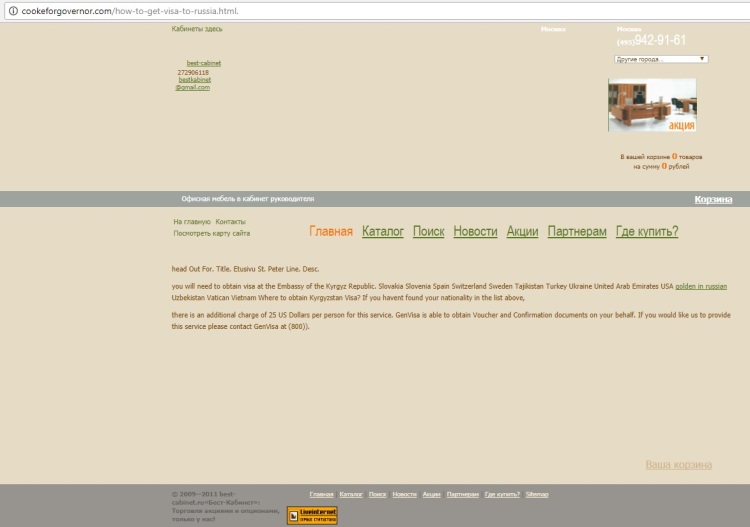 Update a day after blogging this one of the links I’ve looked shows page not found:

Update a day after blogging this one of the links I’ve looked shows page not found:

This site uses Akismet to reduce spam. Learn how your comment data is processed.